The three-dimensional assembly is a method of searching for certain difficult-to-locate points on one or the other of the three teleradiographic incidences, it also reveals the orientation plans according to which the different x-rays were taken (and therefore the existence or not of unwanted movements).

Dr. Claude Delachapelle and Dr. Philippe Harb recommend the cephalogram 'true' at 5 meters, and this three-dimensional assembly is achieved in the following manner:

• The frontal plate is the control, appearance of the biolive axis perfectly passing through the points ol.d and ol.g ...

• This construction highlights the "box" of the frontal plate, used as reference following the assembly

• This assembly is necessarily approximate in nature and, resulting from the juxtaposition of images is magnified differently according to the              incidence. Note that if one or the other of plates is frankly affected by magnification, the assembly becomes impossible and the x-rays                    must be redone. 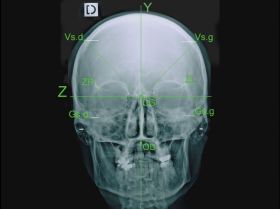 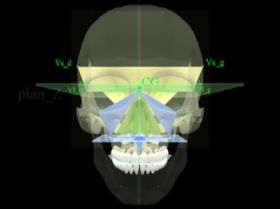 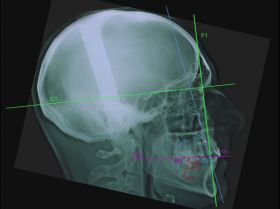 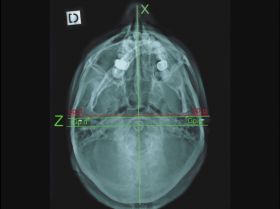